A member who pays his/her membership fee 30 days prior to candidacy nomination due date and be at least 18-years-old at the time of the election are eligible to vote. A voting member is required to show an original, valid Georgia photo identification (ID) issued by state of GA as determined by election commission.

On behalf of the Nepalese Association of Georgia, it is my pleasure to share with you all an announcement from NAG’s Election Commission 2021.

This notice is for all individuals of Nepali origin, or friend(s) who have interest in Nepal and Nepali culture/language and those who are living in the State of Georgia to be  part of State organization NAG Election 2021.

NAG will conduct election of  an Executive Board consisting of the following positions and would like to invite nomination for the same.

As per the authorization and request of the current NAG Executive Board, this Election Commission will hold a fair, impartial election in a healthy environment on the 18th day of April 2021 in Atlanta, GA.

Please find the guidelines outlined by the election commission:

Please feel free to contact any of the election commission members if you have any questions or concerns.

I encourage you all to be a part of NAG Election 2021 and represent and best serve our Nepalese American community in Georgia and beyond. 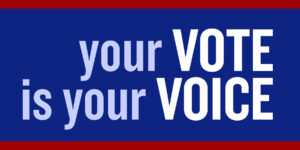